Casalarreina - La Rioja, España
Restore doors of the Marques de Vargas's Palace in a second phase with a varied set of types and some surprises 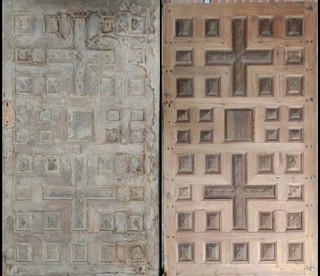 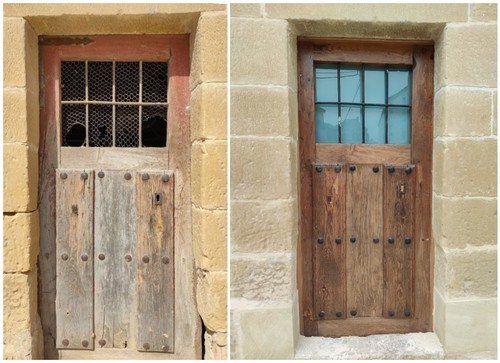 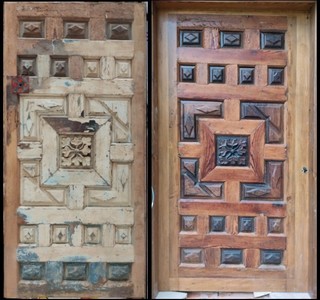 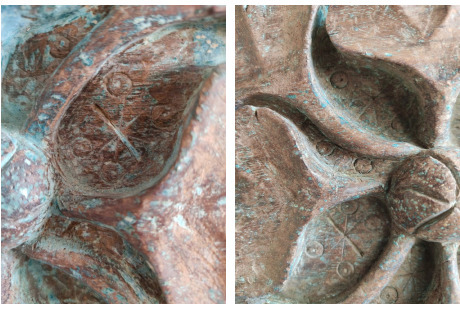 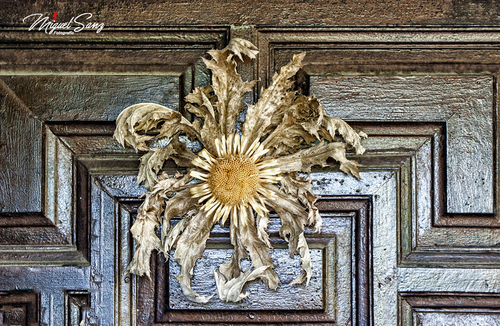 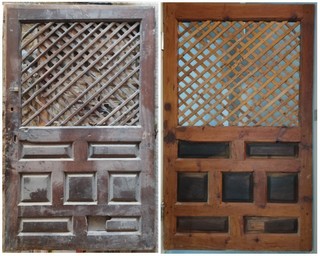 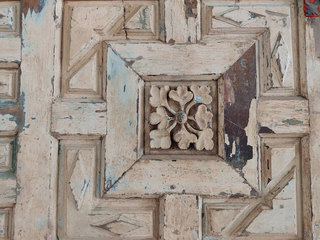 Restore doors has once again been the reason for my activity in this second phase. First was the restoration and rehabilitation of the Palacio del Marqués de Vargas or Palacio de Pobes, in Casalarreina, and later the facilities were expanded with an exterior building. These new buildings have been built where the old stables were, almost in ruins, but partly taking advantage of the outer walls and other usable supports. Also, other buildings and attached warehouses have been renovated and rebuilt. To continue maintaining its old and rustic air, elements of the time, beams, walls and, of course, the doors have also been reused.
For this reason, the management requested my services again to give continuity to restore doors work. The most interesting thing about this second intervention is the absolute variety of types of doors. I selected these doors in a warehouse where the discarded doors were kept to rehabilitate them in the previous intervention. The reasons for not reusing them in the previous phase were varied. As are some changes in the distribution of the spaces, difficulties in adapting them due to their state of conservation to their original site, or not existing at that time their original location, among other reasons.

From the entrance gate to the warehouse door

The proposal covered all possible rehabilitations and retrofits. From the entrance gate, which was seriously worn and damaged, to the old rustic gate with bars that led to the warehouse. And going through old doors of different types to be rehabilitated and thus cover new openings. Among them, a studded door, another in elm with carved panels, and another with panels carved in walnut and latticework in the upper half. Two of them had their respective partners in the palace, who served as a reference for the final result of the cleaning and removal of paintings in both.
To restore doors in this case, fortunately, the general conservation problem was not structural, but cleanliness and aesthetics. All doors required cleaning and in some cases removal of old paint and varnish. Specifically, it was necessary to reinforce and graft, especially in low areas, slopes and more exposed places. The entrance gate was particularly affected because, due to normal weather conditions, water had recurrently accumulated in the horizontal planes of the cross members. In all these areas the wood had deteriorated, rotting, losing consistency and resistance.

The door "of the cross"

The last door that I restored, in the series of eight of this phase, turned out to be the most grateful for its aesthetics. Also its materials were more noble and colorful. In fact it has inside the Palace a couple, restored in the previous phase, with the difference that the frame in that one is made of pine and in this one it is made of elm. The other characteristics are similar, same dimensions, same motifs carved in the panels and same distribution of these.
Regarding the state of conservation, the previous door was completely repainted. Precisely that repaint imitated the chromatic and tonal scheme of the original frame and panels of the door that we are now dealing with. That is to say, light frame and dark panels. Perhaps to make them look the same on purpose because on the previously restored palace gate, the walnut was of the light type.

This Castilian carpentry door was not repainted or visually intervened, but it was very dirty and affected by depositions and detritus. For this reason, after cleaning, the most striking and crisp walnut grains appear on this last restored door. And walnut, being a noble wood, appears in a very good state of preservation.

Restore doors; the door "of the flower"

The door for me called "of the flower" has an interesting curiosity to tell. It is a walnut paneled door and the frame is pine type. And on the central panel a plant motif similar to a flower is carved. To explain it I have used an excellent photograph of the photographer Miguelón Sanz Lázaro. Because there is a tradition in the rural Basque world and surrounding areas of putting on the front door of the houses the call  "egzkilore" (flower-sun). Its main meaning is to protect and attract good fortune. And this is why I point to a possible schematization of eguzkilore

It is possible that the craftsman who made the door at the time did not do it with that intention, or perhaps he did. But during the removal of the old paintings and cleaning something appeared that made me think of a certain intentionality. And it is that in the spaces between the leaves an incised sign appears systematically whose meaning would be worth deciphering or discovering..

See this photo Two details of the incised motive

In principle I point to a possible schematization of the"eguzkilore" in the central panel of this door, either by direct insinuation or indirect inspiration. Then it remains to assess and interpret the meaning of the incised signs, and these if, made with total intention and authorship. Because the incised motif is repeated adapting to each space between the eight leaves of the central motif. Perhaps it is also a schematization of a fruit or a hint of leafiness? Finally, it is something that I leave open for information and suggestions in the comment box of this publication ..... and thank you for your interest and attention.

See this photo Eguzkilore on a Basque door 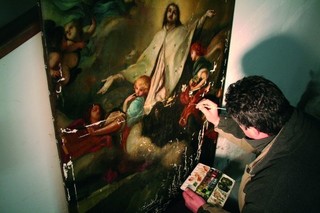 Lining a painting on canvas

Lining gacha paste is a traditional procedure especially for the structural restoration of paintings...