Stylistics and restoration of antique furniture 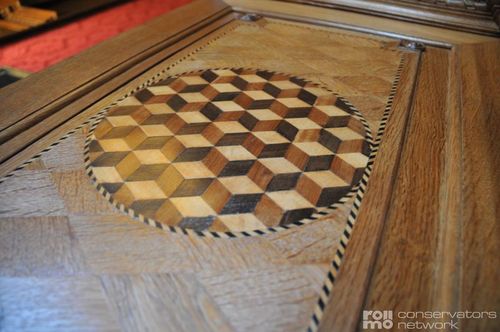 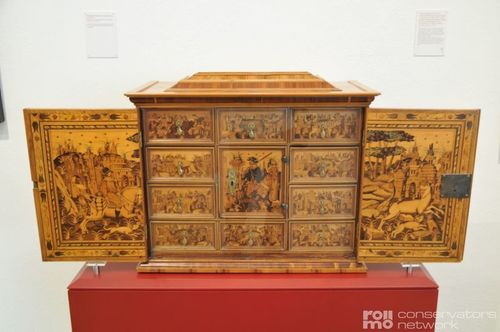 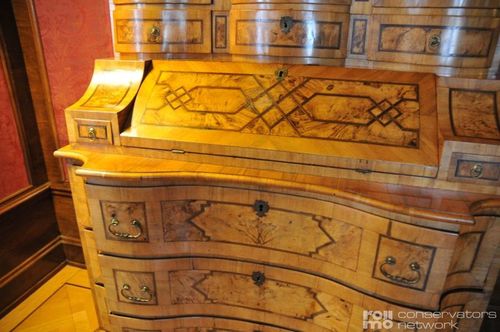 The stylistic development of furniture mainly follows other movements in cultural history, especially the developments in architecture: Renaissance, Baroque, Biedermeier, Gründerzeit and Art Nouveau. In the various European countries, they mostly occurred at the same time, yet there are regional deviations and special forms - for example, the furniture of the English cabinetmaker Thomas Chippendale, which absorbed influences from Asian furniture as early as the 18th century and was remarkably simple for its time. Art Nouveau also had many regional variations and different names depending on the country. Antique furniture not only represents a historical testimony of high cultural value, but may even have not lost its very concrete practical use.

When restoring antique furniture, the furniture restorer must be guided by the technical possibilities of the respective era - the joining techniques used, materials and available tools. For instance, circular saws did not exist until about 1840 - before that, sawing was done by hand, which resulted in less smooth wooden surfaces. Instead of screws or dowels, surfaces meeting at right angles were usually joined with tenons. Before the invention of synthetic resin-based varnishes, sealing was often done with special wax or shellac after 1800. Dissolved in alcohol, it was applied in thin layers and made the wood resistant to temporary moisture to a certain extent.

Knowing the exact stage of technical development, stylistic elements and proportions of antiques of a given era can also help identify forgeries - such as a painting applied later or a piece assembled from several older fragments. This distorts the aesthetics as well as the historical information that the originals hold.

Styles of the Renaissance and Baroque

Medieval or even older antique furniture hardly exists today - the vast majority is well protected in museums, castles and palaces, and a few are in private hands. A coherent furniture style can only truly be observed from the Renaissance onwards, when carpenters first consciously adopted antique forms, proportions and ornamentation from architecture.

Antique Baroque furniture is very elaborately designed, with sweeping, bulbous shapes, exuberant carvings on the legs, and often with veneers of precious woods. Root wood or walnut, for example, are typical, with grains that are not straight but resemble cloud shapes, waves, or eyes. An ideal in the Baroque period was to make materials appear to be something other than what they were - even the wood of furniture was "forced" into shapes that were extremely difficult to produce by hand. In addition, furniture was richly decorated - with inlays of precious woods and mother-of-pearl, fittings of precious metals, gilding and precious stones. Such elaborately designed furniture could only be afforded by the nobility and clergy; it served to represent the wealth of its owners.

The simplicity of Biedermeier furniture, on the other hand, reflects the bourgeoisie's aspirations of virtuous seclusion and inwardness at the time. Cabinets and dressers from that time are characterized by large, undecorated wooden surfaces, often with hidden hinges and without metal fittings; chairs and armchairs for the first time have backs made of bentwood. The unadorned, rounded forms and delicately patterned upholstery are a deliberate contrast to the cluttered, sweeping furniture of the Baroque period, which was associated with the aristocracy. However, since the French Revolution and, at the latest, the end of Napoleonic rule in Germany, the aristocracy no longer set the tone in fashion and architecture.

When many citizens achieved prosperity and prestige in the subsequent Gründerzeit period, the furniture became more representative again, corresponding to the formal language of the buildings of the time. Historicizing style influences dominated: Neoclassicism, Neo-Gothic and other Neo-Isms were sometimes combined quite arbitrarily; for the first time, the styles of past eras were consciously inventoried and cataloged. Antiques from this period are united by their massive, bulky, straight-lined, prestigious appearance.

When do pieces of furniture start being antique furniture?

There is currently no legally binding statement in a legal text or regulation about when furniture is called "antique furniture". However, among furniture restorers and antique dealers, there is a general understanding of an age limit of about 100 years. Thus, items are called antiques when they are actually 100 years old or even older. Of course, there are exceptions and many other factors to this rule.

After the Gründerzeit - Art Nouveau

Art Nouveau is probably the first movement that was deliberately created in contrast to the existing style and sought to eliminate the separation between "high" fine art and commercial art. It knows several regional directions and names, such as Secession (in Austria) or Jugendstil (in Germany). Sweeping, organic lines and ornamentation are characteristics. The typical formal language and ornamentation can be found on cabinets, lamps, tables, but also illustrations, posters, railings and architectural elements.

A special feature is represented by rustic furniture. They often imitated the prevailing styles of the respective epoch - albeit with a delay of several years to decades - and had to resort to cheaper forms of ornamentation for lack of high-quality woods, mother-of-pearl and precious metals: Paintings, mock inlays, carvings. In addition, peasant painting on tableware and furniture also has its own traditional stylistic elements - for instance the typical floral motifs, which have no equivalent in any of the "official" styles. It is not uncommon to find a year in which the piece was made on a piece of rustic furniture.