Overview of conventions in the field of monument protection, preservation and restoration

As early as the end of the 19th century, there were already considerations on how the preservation of monuments and cultural assets could be regulated internationally. The concrete historical background was that, with the onset of industrialisation and thus modernisation, the cityscape changed. Many monuments were lost as a result of the structural change and the ravages of time also visibly gnawed away at many historic buildings. 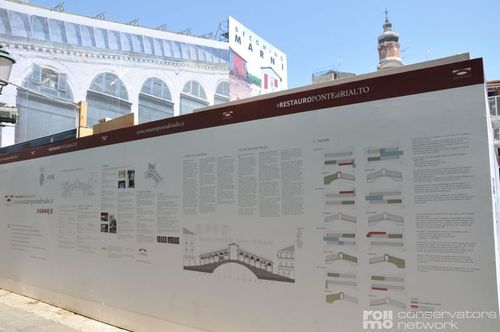 The World Wars in the 20th century were the most important factors that shaped or triggered today's efforts in the areas of monument conservation and restoration and the destruction of historical buildings and monuments, which in many countries was seen as a painful loss of cultural identity. This experience gave rise to an international desire to protect cultural assets more effectively in the future and to preserve them for future generations.

Many charters and conventions are now internationally recognised and practised standards, with the laws in the respective countries regulating precisely what forms monument conservation or restoration measures are to take. In particular, in the case of monument conservation, differences can arise at national level, so that a look at currently applicable law must be taken. As far as the degree of binding implementation is concerned, it depends on whether a country has signed a charter. Experienced restorers are not only familiar with national law, but also with the specific requirements of conventions and charters. The most important of these documents for the preservation of historical monuments will be summarised in the following. Despite their age, many of the documents mentioned are still current and of high regard. This shows in essence that the conservation of valuable cultural assets retains an important social value even in the digitalised modern age. Particularly, noteworthy are the charters of ICOMOS, which set international standards for dealing with cultural heritage. These conventions are of great importance on a professional level, although they are not legally binding in a purely legal sense. In this light, charters and standards for heritage management often have a normative character without being national law.

Charters until the year 2000

This Charter is also known as the Urban Manifesto. The background was that urban development at that time had to meet other requirements with considerably more mobility. At the same time, it defined how historical monuments were to be preserved as part of cultural identity.

Today, this international charter on the conservation and restoration of monuments and sites is still considered one of the most important of its kind. Many restorers and monument conservators still work according to the contents of this charter. Learn more about this important charter here.

This is a charter of historical gardens or an international agreement of monument conservators. This paper sets out principles for the restoration and conservation of garden monuments. Until today these are internationally recognised guidelines.

This is an international charter for the preservation of historical monuments in historic cities.

This charter sets out the specific objective of protecting and preserving important archaeological heritage.

This internationally recognised document deals with the values and in particular the authenticity of cultural monuments. Procedures are laid down to ensure veracity and authenticity.

This charter deals with the restoration or conservation of architectural heritage. The idea of this charter was born against the background of European reunification and the continent growing together.

The Barcelona Charter (2003) deals with the conservation and restoration of historic vessels.

The Riga Charter (2005) deals with conservation guidelines for railway museums.

The Charter of Turin (2013) deals with the issue of conservation of historic vehicles.

The Braunschweig Charter 'on aviation heritage' (2015) states that cultural assets should be preserved in order to maintain society's understanding of older achievements.

This is an internationally recognised and practised agreement in the event of armed conflict. It describes the means by which cultural assets of various kinds can be protected.
Read more about the Hague Convention here.

Professional guidelines of the E.C.C.O

The E.C.C.O. (European Confederation of Conservator-Restorers' Organizations) formulated professional guidelines in 2002 and 2003 which describe concrete requirements for training as a conservator. Among other things, they define principles that conservators must take into account in their conservation work.

These are detailed guidelines from 2006 for quality-oriented work in museums. These standards are intended to help museums to continuously improve services in order to make themselves as attractive as possible to visitors. Read more about the ethical guidelines for museums on the website of ICOM Deutschland e.V..