Gouache paint, as an inexpensive material often used for studies and designs, surprises with its versatility, but also with the sophisticated processing. 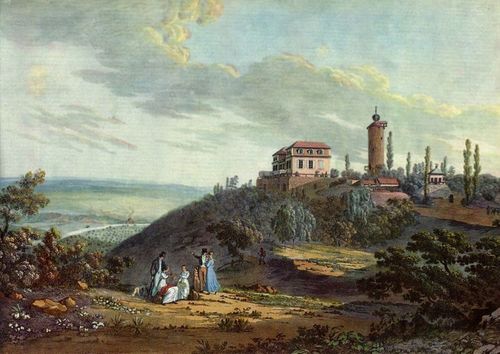 Before the development of acrylic paints, gouache was an inexpensive, easy to produce and work with material mainly for studies and sketches; however, some masters also developed artistically highly sophisticated works in this technique.

The name derives from the Italian "guazzo", which in turn derives from the Latin "aquatio" for "puddle", "pool" - possibly a verbalization in contrast to the more noble "watercolor", which it resembles in terms of its components.

In Europe, the use of gouache with gum arabic as a binding agent dates back to book painting in the Middle Ages; however, it was not used as an independent artistic medium until the 15th century, albeit still either for stage decorations, studies and sketches, or as underpainting for oil paintings. It was only later that painters such as Lovis Corinth, Marc Chagall and Egon Schiele used the technique on its own in independent works of art. A text by Corinth states that he preferred gouache painting to watercolor because he appreciated the airy, matte appearance and the lively spontaneity that a skilled hand could impart to pictures painted with the chalky paint.

Gouache paint consists of pigment, lime as a filler and gum arabic, the dried sap of various species of acacia native to Africa, which also serves as a binder in watercolors. In the past, it was rubbed on by hand; today it is available ready-to-use in tubes. Due to the lime content, some pigments cannot be used because they would decompose in an alkaline environment, such as ultramarine blue. Sometimes it was made from remnants of old watercolor paint, soaked and stretched with chalk sumped in.

Gouache colors in use

Most often, gouache paint is applied to paper and cardboard, although pre-primed canvas or wood can also be used as a painting surface, but traditionally, due to the study nature of most works in gouache was rarely used. The gum arabic makes it water-soluble and, like acrylic paint, it can be applied impasto or thinned with water to a watercolor-like consistency. Because of the lime content, it lightens slightly as it dries; a transparent final varnish, for example, made from gum arabic dissolved in water, can partially restore the brilliance of the colors, but must be applied extremely carefully so as not to dissolve the color of the finished painting again.

Because layers that have already dried react readily with a further application of paint, painting in multiple layers of color requires some skill and experience. This problem has often been avoided by painting the entire picture alla prima, wet in wet, in a single session - nevertheless, the rapid drying time sometimes results in hard edges in the picture. When applied by a practiced hand, very beautiful spontaneous, fresh works can be created that bear a very lively handwriting. Nevertheless, gouache also surprises again and again by its unpredictability.

Particularly before the invention of acrylic paint, gouache represented an inexpensive alternative to oil paints, for example, and was also distinguished from similarly inexpensive glue paint based on animal skin and bone glues by the fact that it spoiled less quickly - animal glues must be processed in a few days, and even more quickly in summer, otherwise they decompose and lose their binding power.

Its versatility in application - pastose as well as thinned-glazed - made gouache paint especially attractive to budding artists, students and amateurs. However, especially if it contains a high percentage of lime, it has what is sometimes seen as a disadvantage in that the color lightens considerably after drying and appears dull and dull - this can be counteracted by using watercolor to recolor the parts of the painting that should have more brilliant colors. However, it also means that the appearance of the finished work can be extremely difficult to predict. The fact that the dry paint does not shine at least brings the advantage that it can be presented in direct light and does not require sidelight.

For restorers, especially when working with lower-quality pigments and with low binder content, the poorer durability in the finished painting poses a problem. The decay of acidic paper, which was produced from the 19th century through the 1990s and often served as a painting ground during this period, can also be a challenge. A major advantage of gouache from a restoration point of view is that, unlike oil paint, it does not crack or darken, which has allowed many masterpieces to be preserved in their former brilliance.