The preservation of old half-timbering 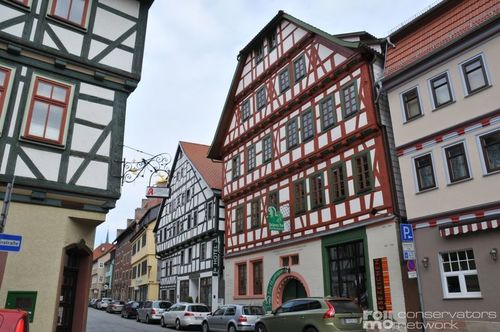 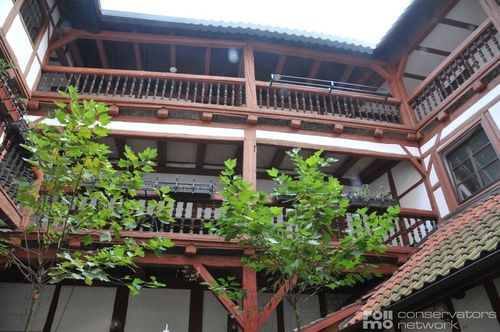 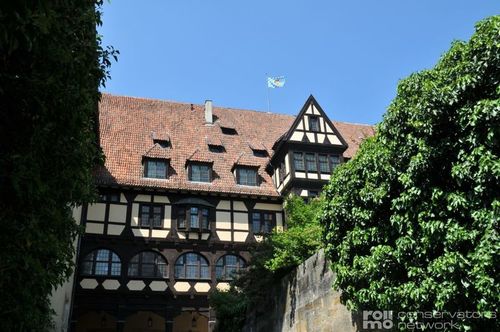 Especially in the field of half-timbering restoration, even small mistakes can sooner or later lead to serious damage to the wood substance and then cause high restoration costs. We give you an insight into the world of restoration of old half-timbering.

It was to take until the 15th century for the construction of the half-timbered house, which is still common today, to develop. To prevent wood rot, the vertical stud beams were founded on continuous foot sills, mainly made of oak. Somewhat later, in Germany, Austria and Switzerland, people began to base the foot sill on a stone foundation (in Switzerland also on four stone piles under the four corners of the house). In this way, the wood was separated from the damp soil and wood rot near the foundation was avoided.

However, for this innovation of no longer clamping the studs in the ground and the growing number of stories, another invention had to be made first: The bracing diagonals, struts and ledgers. It is these that ensure that a half-timbered house remains stable in itself and does not topple over, even without infill.

The following elements form the truss:

Therefore, every single wooden bar in a half-timbered house fulfills an important task!

An exact determination of the construction time can be carried out in special cases with the help of a tree ring analysis of tree rings by the dendrochronology dating method.

Assessment of the stability

Even a few damaged wooden beams in the facade or inside a half-timbered house can jeopardize the stability of the entire building. Now, it is indeed the case that half-timbered structures are very robust and can survive for centuries even with the loss of many wooden struts. This is proven by antique half-timbered houses, which have considerable leaning and yet continue not to collapse. But only an expert can judge which Measures necessary for restorationto guarantee the stability of the house. Otherwise, the risk of collapse increases with today's modern use, such as higher live loads inside and vibrations from traffic or neighboring construction work.

Special features of the restoration of timber framing

In modern timber frame construction, architects and planners have it relatively easy: the design cross-sections of the standardized timber components can be easily obtained from structural tables. The connecting elements such as beam shoes, screw connections and nail plates are also standardized and are designed by the planner or structural engineer according to the forces that occur. In this way, planners can rely on reproducible cross-sections and connections for new buildings in timber construction. Structural and chemical precautions ensure that water is safely drained away and the wood is permanently protected.

The situation is different with old timber frame constructions: No component is standardized, the truss "works by itself" due to the centuries of experience of carpenters, and each individual component is part of a whole. A restorer can neither fall back on construction tables nor on standardized timber cross-sections when it comes to restoring an old half-timbered house. Only with a great deal of experience and "feeling" will the restorer make the right decisions.

This is especially true for the preservation or reconstruction of old timber joints. In fact, instead of the nail plates that are common today, tenons, wooden braces and wooden dowels were used in the past. These allow, within certain limits, to absorb movements in the truss without the wooden members cracking due to shear forces. In modern building technology, this is achieved by means of articulated screw connections, which are mounted between the wooden truss and the support.

In historic preservation, old timber connections are always used. Exceptions are only allowed in particularly difficult, static situations or in the case of hidden wooden components, but they are usually not recommended. Under the nail plate, in the worst case, wood rot and corrosion can occur.

But even the replacement of extremely damaged wooden struts that cannot be restored is done under different rules in the preservation of historical monuments. Old wooden beams and struts are always preferable. In Germany, there are now a large number of building yards with antique building materials, where the builder or restorer can find the required components in quantity and cross-section. Of course, the type of wood (i.e., softwood or hardwood) should also match.