Important people in the restoration and preservation of monuments

7 unique and outstanding persons in a short portrait

In this article you will get a condensed impression of important people in the fields of restoration and monument conservation. Find out what influence the work of these representatives still has in part on today's preservation and restoration of monuments. 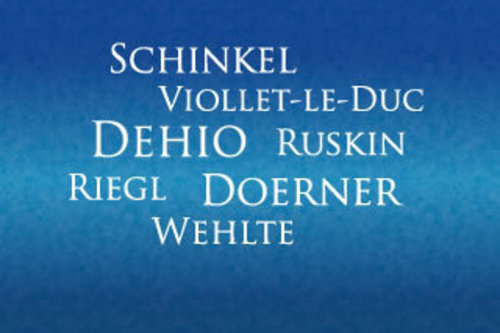 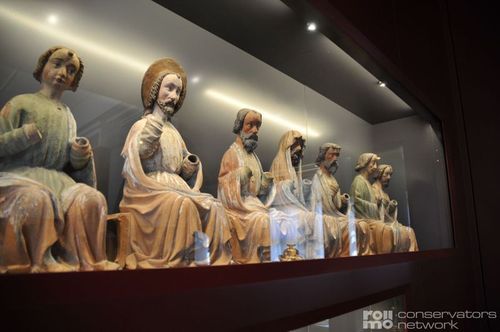 Karl Friedrich Schinkel is one of the most important German architects. As a construction manager and civil servant in the building authority of the Prussian king, he achieved a degree of importance that is still felt today, also with regard to the protection of historical monuments. In his function as head of the Department of Superstructures, Schinkel was responsible for all construction activities in Prussia. This activity gave rise to the so-called Schinkel School, after which monument conservation was also carried out. Karl Friedrich Schinkel is often associated with the beginning of modern monument preservation or its introduction in Prussia. In 1815, he wrote the still highly regarded report entitled 'Principles for the preservation of old monuments and antiquities in our country'. In 1891 Kaiser Wilhelm II was to summon commissions for the protection of historical monuments in all provinces, so-called provincial conservators for this purpose were appointed. Schinkel's work can be seen as an important prerequisite in this context. Learn more about Schinkel's earliest main work here: "The Whey House in Bärwinkel".

The French architect, art historian and monument conservator gained fame primarily through the restoration of well-known medieval buildings. He is regarded as the founder of historical monument conservation in France in the 19th century. From 1840, he made a major contribution to the restoration movement of medieval buildings. Notre-Dame in Paris as well as the cathedral of Saint-Denis are also among his activities. In research, however, his work in the field of monument conservation is controversial, although it played a major role in France. He is said to have been less careful with the details, thus buildings could end up in a different condition than originally. In this context, his contribution to the so-called architecture of historicism should be mentioned. Viollet-le-Duc is also sometimes pejoratively associated with the term 'vandalisme restaurateurs' (restoration vandals).

The work of John Ruskin had a strong influence on the theory and practice of modern monument conservation. It is of vital importance that Ruskin accepted a monument in its traditional entirety, including patina. He always called for conservation and is therefore to be seen as an opponent of Eugène Viollet-le-Duc. In his highly regarded work 'The Stones of Venice' Ruskin expressed great concern about the decay of Venice. With a view to conservation and possible restoration, he made several hundred drawings and recorded numerous details of facades. He wanted to capture an image of Venice that could be of lasting value in terms of conservation and restoration.

This important German art historian had a great influence on the conception of modern monument conservation. As of 1900, for example, he turned against the purifying further construction of old monuments that was common at the time. His motto, which is still quoted today, is: "Preserve, do not restore". In this sense, he criticized destruction during restoration as vandalism. He demanded that old and new components of new buildings must be clearly distinguishable from one another. In this respect, Dehio advocated the still dominant protection of historical monuments, as described in the prestigious Venice Charter. In addition, he passionately advocated the reconstruction of completely lost or badly damaged architectural monuments. A famous example of this is the Hamburg Michel, which was reconstructed until 1912.

Alois Riegel is regarded as the most important personality in Austrian monument conservation, where he was active as General Conservator, among other things. As co-founder of the Viennese School, he was concerned with the nature and development of the modern cult of monuments. In 1903, the draft law on the preservation and protection of historical monuments, which he had written, was implemented, so that methodological foundations were established. A catalogue with value categories was of practical importance in order to classify the nature and significance of monuments. With regard to the preservation of important buildings, reasons for public interest must be deduced. This work is often seen as an epistemological pioneering achievement, which even today is still internationally recognised. As one of his major works, `Der moderne Denkmalkultus' from 1903 is still appreciated by experts today.

Being a professor at the prestigious Academy of Fine Arts in Munich, Max Doerner also achieved fame as a restorer. On the basis of his research work, the approach to restoration changed: the focus was to preserve the original substance of damaged works of art. The Doerner Institute named after him was integrated into the Bavarian State Painting Collections in 1958. Restoration workshops were added in 1977. Today, the Doerner-Institut contributes to the preservation of cultural assets with its worldwide reputation. In addition to conservational museum work, practical restoration is also carried out. The institute has made a name for itself above all with innovative, physico-chemical methods for examining art objects. In 2008, such an analysis revealed the painting 'Red Painting with Horses' as a forgery when it was sold.

As a German specialist in painting techniques, he also worked as an artist and restorer. He is the founder of the painting technique X-ray examination. He gained practical experience as an independent restorer of various paintings in Berlin. If you want to be trained in the field of painting restoration and get to know recognized standards, you will not be able to get past Kurt Wehlte. His book "Materials and Techniques of Painting" is still considered a standard work for artists, art historians and restorers today. In this respect, this personality still occupies an important position in research and teaching today. Kurt Wehlte's teaching activities have resulted in the creation of more professional training opportunities for restorers. The training classes organized by Kurt Wehlte ensured that more young people in the 1950s were interested in the restoration profession. With his efforts he laid the foundation for an institutionalized form of training for restorers.