History, manufacture and use of oil paint

Oil paint is one of the most frequently used techniques in occidental painting - this is due to its brilliance, durability and versatility. 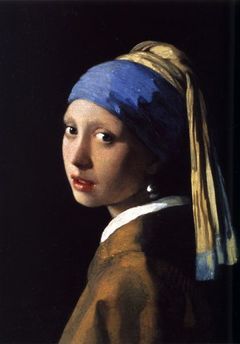 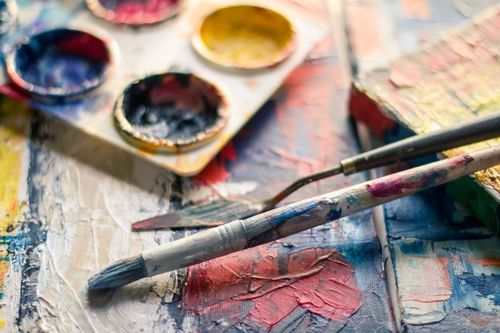 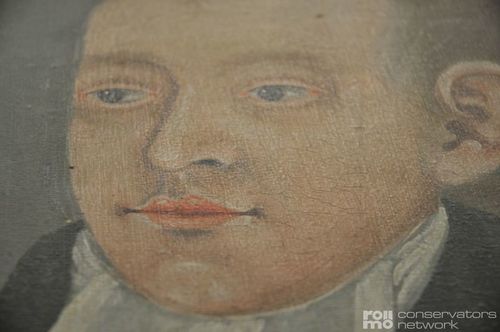 Before the use of pure oil paint, vegetable oils were frequently used in the Middle Ages in tempera paints, which used emulsifying components such as egg or casein to combine fatty and watery components in the paint. The disadvantage of these paints was their easy perishability and short drying times, which were countered by omitting the non-fatty components - what remained was pigment, oil and possibly resins.

According to Giorgio Vasari, the Dutch painter Jan van Eyck is considered the inventor of oil paint, although it is more likely that the technique was developed by several people or in several workshops at the end of the fourteenth century in the Netherlands. The technique was then introduced south of the Alps by the Italian painter Antonello da Messina.

Until the 19th century, the technique of making and applying oil paint remained largely unchanged. Each workshop mixed the paint itself according to its own recipe. However, the paints produced in this way were difficult to store or transport for long periods of time. The American painter John G. Rand finally invented tubes made of lead (plated with tin) - he patented these, together with machinery for filling the tubes, in London in 1841.

Oil paint consists of pigment and a vegetable oil as a binder, which hardens by chemical processes on contact with air. The addition of solvents, usually turpentine oil, white spirit or spirits, dilutes the paint and delays drying; the addition of siccatives speeds up the process. The most commonly used oils are linseed oil, poppy seed oil and walnut oil - the latter because of its light color, whereas linseed oil is cheaper and more readily available, but has a slight yellow tint. Cooking can degum the oils before use, and direct sunlight can bleach them somewhat. Other oils used, such as chia oil, tung oil or hemp oil, have more regional significance.

In the workshops of the Middle Ages and later periods up to the 19th century, the oil paint was usually rubbed onto a glass plate with a glass runner, which ensured the most homogeneous distribution of the pigments.

Opacity varies depending on the pigment used, the degree of dilution by solvent and the proportion of opaque fillers (chalk, marble powder, etc.). Heavily thinned paint can be applied very glazing-transparent, thick pasty paint is opaque.

Drying can take a very long time - from a few hours to weeks or even years - which is an advantage, for example, in wet-on-wet techniques: large, smooth areas of color or extremely delicate color transitions can be achieved significantly more easily than with other techniques. The disadvantage of this is that it can take a very long time to create a picture, especially when building up a picture with several layers of color.

Strictly speaking, the paint does not "dry," but the oil oxidizes in the air; the fatty acid molecules it contains combine, causing polymerization and thus solidification. However, the chemical process is still not fully understood.

The first painting surface for oil paint was wood, as in tempera painting, which had been used for centuries before. This limited the surface for a painting, since boards of wood could be made on the one hand only in a certain maximum size, and on the other hand were extremely heavy. During the Renaissance, frames were invented on which canvas was stretched and fastened with nails - this enormously increased the surface available for painting. Since oil paint is very elastic, it tolerated the movements of this flexible painting surface more easily than other paints.

Especially in the first centuries, techniques were often used in which the paint was applied in glazed layers - oil paint often formed the last, most luminous layers on a primer and underpainting of leaner colors, such as glue-based, tempera or gouache. Later painters also applied paint alla prima to a pre-primed canvas, such as the French Impressionists, who often worked outdoors and had little time to complete a painting.

Coatings of linseed oil-based paint give good moisture protection on both wood (for example, traditional half-timbered houses) and steel because they are breathable and relatively weather-resistant. In historic preservation, oil paint thus plays a role not only as an object, but also as an actively applied technique.

Oil paint is one of the most durable types of paint; many works created 500 or 600 years ago are still in relatively good condition. A challenge for restorers is that it tends to crack (the so-called craquelure) and sometimes darkens considerably. This can be countered in part by removing the yellowed layer of varnish when restoring paintings. If chipped parts have to be replaced, this should always be done using the same pigment and the same type of oil, if possible.