As a precursor of oil painting, tempera is one of the most durable painting techniques - and one of the most interesting. In a narrower sense, tempera refers to paints that do not consist of purely fat-soluble or water-soluble substances, but form an emulsion of both - a "mixture" that is not complete, but rather results from the finest droplet formation of one of the two components. 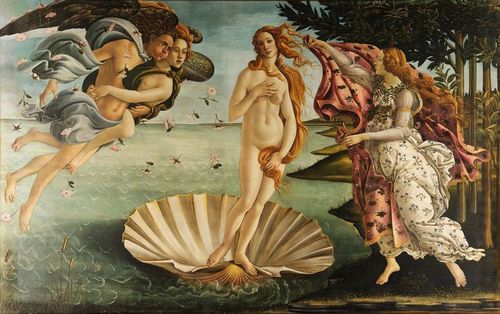 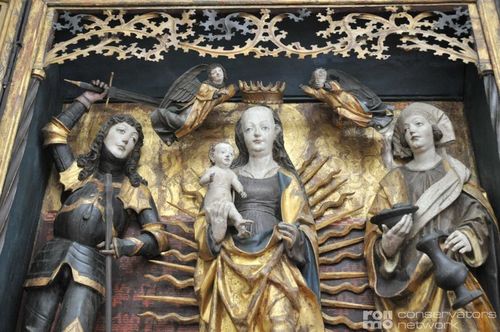 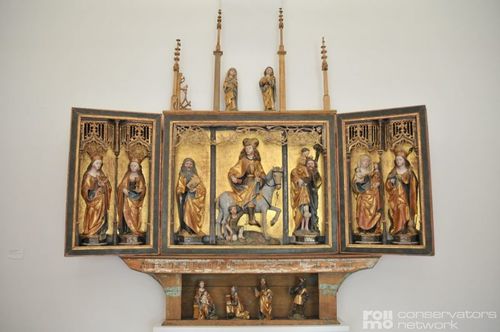 Traditionally, the technique is known mainly from Orthodox icon painting, which still requires this technique today. It was also used very frequently in early and high medieval panel paintings in Central and Western Europe, but was increasingly displaced by oil painting after it was invented in the late Middle Ages (which simply omitted all aqueous components and the emulsifier). However, there are also many works that combined both techniques - for example, for different components of the picture; or for an underpainting in tempera with the upper layers in oil. The latter is known, for example, from Peter Paul Rubens.

Since the invention of acrylic pain ts, tempera painting has increasingly lost its importance and is now practiced only by a few artists.

In addition to pigments, tempera paint consists of at least one fatty and one aqueous binder - the former is traditionally often linseed oil, the latter can be, for example, organic glues, gum arabic or cellulose glues. For the two components to combine, there must also be a kind of "mediator," the emulsifier - a substance that enables the finest droplets to form. In the case of egg tempera, this is the lecithin contained in the egg yolk; in the case of casein tempera, it is protein obtained from milk, which is broken down by means of an alkaline substance and then mixed with vegetable oil and pigment sump.

Some blends also simply use pure water as the aqueous component; in this case, only the oil and, if necessary, the emulsifier have binding power, the water acting as a medium for the pigment to increase the color volume or to liquefy the color.

Since the color spoils extremely quickly, it must always be mixed fresh. A very simple method is to crack an egg into a screw-top jar and then add equal parts by volume of water and linseed oil. By shaking, the ingredients combine to form a relatively liquid emulsion, which can be mixed with small amounts of pigment on a palette using a brush.

The paint can be applied either opaque or glazed. Especially on the traditional absorbent chalk or plaster grounds, each brushstroke "stands" immediately and unchangeably after application - this makes corrections as difficult to impossible as smooth color transitions. In icon painting, a technique has been developed to approach the latter visually through the finest strokes of many tiny brushstrokes using several closely spaced hues. In any case, the proper application of tempera requires a great deal of experience and craftsmanship.Tempera, once thoroughly dry, is waterproof due to its oily components and can only be dissolved again with turpentine substitute, alcohol or similar.

Tempera can develop extremely high surface tension as it dries, making it unsuitable for canvas and traditionally used on boards. It is also possible to work on very strong watercolor paper that is still firmly attached to the paper block by gluing or attached to a painting board with adhesive tacks. The strong tension also explains why large canvas formats only became possible after the invention of oil paint.

The primer is traditionally a chalk base applied in several thin layers; gesso, acrylic primer white or similar are also possible. The paint can be combined with a number of other colors, their different properties contrasting attractively with those of tempera when skillfully applied.

The application of a varnish is basically not necessary, but was often practiced in the past. This was often "greasier" than the paint, usually oil and/or resin based.

Compared to oil paint, tempera has the advantage that it does not crack as it dries because it does not change its overall volume - the water it contains evaporates; the oil, which expands during oxidation, can penetrate the microscopic voids that result. In addition, tempera paint has proven to be extremely durable over the centuries - especially when using high-quality pigments with the appropriate lightfastness, works created using this technique can sometimes remain in extremely good condition for a long time, except for some slight yellowing. It has the color brilliance of oil paint, but is comparatively less expensive due to the watery volume components.

Disadvantages are the relatively difficult processing and the short shelf life of freshly mixed paint. The latter is due to the fact that the organic components such as egg, casein, bone glue, etc. are extremely perishable; in addition, the mixture of fatty and aqueous components in particular provides an ideal breeding ground for bacteria and mold.