Regions / Germany / Bremen
The Free Hanseatic City of Bremen consists of the cities of Bremen and Bremerhaven. Both cities are located on the Weser - with Bremerhaven having direct access to the North Sea. The overseas port of Bremerhaven is an important export centre. Bremerhaven itself was awarded the title "City of Sciences" in 2005.

The Bremen Town Musicians are the symbol for the city of Bremen. In 1953, Gerhard Marcks created a fairytale sculpture on the west side of Bremen's town hall. The Bremen Market Square and the surrounding buildings such as the Town Hall, the Bürgerschaft and the Bremer Roland have been included in the UNESCO World Heritage List since 2004.

References of Conservators in Bremen 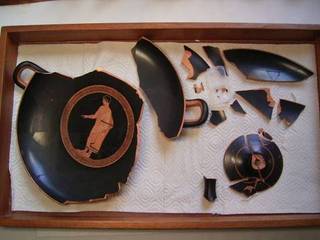